Can a prenuptial agreement be recorded in one country be enforced in another one?

The most obvious response would be: Yes, a prenuptial agreement is nothing more than a contract. As such, it should be enforceable anywhere in the world to ensure an effective protection of the assets. Besides, The Hague Convention of March 14, 1978 on the Law Applicable to Matrimonial Property Regimes states that “The matrimonial property regime is governed by the internal law designated by the spouses before marriage”. 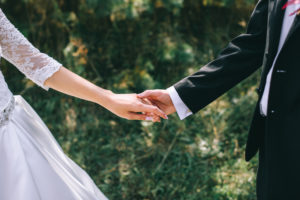 Case law from around the world shows that even when the prenuptial agreement is validly executed in one country, it does not ensure enforceability in another one. For instance, in Florida, pursuant to McNamara v. McNamara, 40 So.3d 78 (Fla. 5th DCA 2010), the courts state that the party seeking to avoid enforcement of the law elected by the agreement has the burden of demonstrating that the foreign law contravenes public policy.

Let us know if you have any question about international prenuptial agreements or any family law matters. To learn more about pre- and post- nuputal agreements, read our overview of the topic here.