A Motion in Limine

What is a Motion in Limine?

A Motions in Limine is one of the most effective defensive weapons a trial attorney has. Attorney’s often under-use motions in limine. 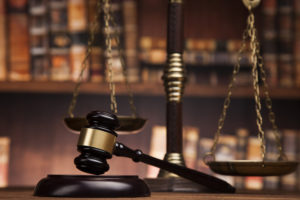 An attorney files a “motion in limine” to stop unwanted evidence or arguments being introduced to a jury. According to Fla. Stat. §90.403,: “Relevant evidence is inadmissible if its probative value is substantially outweighed by the danger of unfair prejudice, confusion of issues, misleading the jury, or needless presentation of cumulative evidence.” In other words, an attorney will file a motion in limine if they feel as if the opposing party will present illegal, unfair, or repetitive evidence or arguments at trial. An attorney will also file a motion in limine to stop an opposing party from presenting specific evidence. For example, if the evidence is embarrassing or humiliating for an attorney’s client and has little to do with the case. If a judge denies a motion in limine, this means the trial court is allowing evidence that an adverse party attempted to deem irrelevant or improper.