Alternative Dispute Resolution (ADR) is another way to settle disputes that do not require litigation. Arbitration and Mediation are two types ADR. Arbitration is the process for resolving disputes outside of a court using neutral third parties. Although mediation is essentially the same thing, there is a difference. Mediators usually have no authoritative power over the disputing parties, but instead help them reach an informal, non-binding resolution. 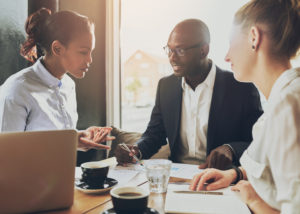 A mediator is an impartial third-party who helps disputing parties agree on a specific issue. Mediators help guide the separate parties into an agreeable compromise. A mediator lays out both parties interests, concerns and problems while encouraging compromise and trade-offs. Mediators cannot make legally binding decisions or impose resolutions. When a mediator helps two-parties agree, the agreement, like any other contract, is signed by both parties. Mediation usually occurs between two parties with an amicable relationship who are still open to negations.

Arbitration refers to the process when a neutral third party is hired to resolve the disputes between two or more parties in private. Arbitration is a less expensive and less complicated than a trial. All parties involved have the opportunity to present their case and evidence. The arbitrator then decides who wins the case and what the resolution is. Before a decision, the parties involved may agree to binding arbitration. A binding arbitration means the decision of the arbitrators, called an award, is enforceable in a court of law if the losing party does not comply with the terms of the award. Arbitration keeps disputes out of court and private.

The settlement of mediation does not have the same legal force as an Award which results from arbitration.