Recovery of child support in the case of international divorce

Getting the divorce judgment is often just the first step of a divorce. Next comes the more tedious part of the separation: the enforcement of the judgment. In the case of international divorce, it is somewhat common to see a spouse flee the country in an attempt to escape payment of child support.

The issue of child support is regulated by The Hague Convention of November 2007. It enables the creditor to enforce the judgment against the debtor in a different country.

Yet, some countries were not part of that Hague Convention. Therefore, the creditor had a judgment condemning the other parent to the payment of a child support but could not enforce it because the debtor flew to a non-party to the Convention. Thus, the United States that signed the Convention in 2007 had not ratified it. 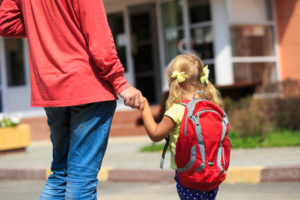 Thus, the foreign creditor couldn’t ask for the enforcement to recover the child support in the United States. The creditor would need to go through a domestication procedure first, which can be costly. However, the United States has changed to reflect the changing world.

As of January 1st, 2017, the United States applies the terms of The Hague Convention of November 23, 2007. In Florida, this was materialized by the amendments to Chapter 88 of the Florida Statutes. Now, the foreign creditor can recover money owed by simply sending a copy of the judgement to the  support enforcement agency.

However, this “facility” of recovery is only available for Member States of the Hague Convention like the U. K., Canada and Brazil.) Therefore, debtors can still escape the payments if they choose the right Country to flee to.

Contact our office today if you have questions about child support recovery or international family law matters.