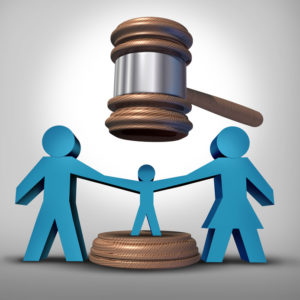 (1) A parent who does not trust another country’s court system for a custody case;

(2) A parent who wants to move abroad with the child after divorce or at the time of separation; OR

In general, two important areas of law that ensure the state or country where the child has been living decide custody questions are The Hague Convention and the Uniform Child Custody Jurisdiction and Enforcement Act (UCCJEA).

The Hague Convention  on the Civil Aspects of International Child Abduction is an international treaty. Many countries including the U.S. and the United Kingdom signed the Hague Convention.  The Convention provides for immediate return of children who are taken from their country of habitual residence in violation of custody rights.  The convention applies to children under the age of 16 who were wrongfully removed or retained from/in another country.  Wrongful removal does not mean whether the removal or retention was immoral or illegal.  Wrongful removal is most similar to a breach of custody rights.  In general, custody rights can include visitation and other rights relating to the care of the child.

Child custody orders are modifiable orders, meaning that a court can change a child custody order depending on the circumstances.  In these instances, parents or guardians can file an action under the UCCJEA to enforce or modify a foreign custody/access order.  The UCCJEA amends the original UCCJA (Uniform Child Custody Jurisdiction Act).  The Act gives jurisdiction over the action to the home state of the child.  This means that a parent can file the action in the court where the child is living.

In the event that a foreign country has already issued a custody order, the UCCJEA can “override” the order if jurisdiction is more proper in the United States.  This happens when a child is living in a U.S. state.  Furthermore, The UCCJEA applies to children under the age of 18.  When there is already a custody order, the country that issued it keeps jurisdiction over modification of the order; however, this can change when a new state has jurisdiction over the order under the UCCJA.

Contact an experienced attorney if you have a question regarding international child custody.  Please contact us with any questions or concerns you may have, and we will be happy to assist you.