Civil litigation is a court process that does not involve criminal charges but does rely on evidence to prove a case. The exchange of evidence between the parties takes place during the discovery phase. As such, under the Florida Rules of Civil Procedure all parties have a duty to preserve evidence as soon as litigation is “reasonably anticipated.” Evidence in a business transaction may include contracts, electronic documents, and other items. Even if your business is not a party to a dispute, you may need to preserve evidence to avoid a spoliation of evidence claim against you.

Keep reading to learn everything you need to know about your Florida business obligation in civil litigation regarding the concealment or destruction of evidence.

What is Spoliation of Evidence?

The legal definition of spoliation of evidence is destroying or altering evidence. There may be an obligation to preserve documents relevant to investigation or litigation. 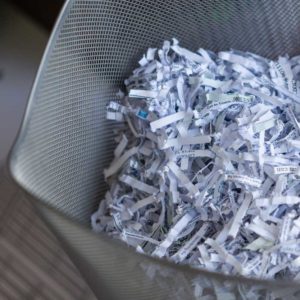 If a person or business intentionally destroys evidence, they may be subject to a lawsuit. This is likely to happen if the destruction takes place after they receive notice of the need to preserve.

Evidence subject to this claim includes paper records or documents, hard drives, and electronic records. This includes postings on social media platforms such as Facebook, Instagram, and LinkedIn.

You can commit spoliation either intentionally or through neglect. The guilty party may be either the subject of litigation or a third party. This includes insurance companies and witnesses.

If the court finds your business is guilty of spoliation, you may receive any or all of the following sanctions:

The sanctions and standards for determining culpability vary between state and federal courts.

Much of the evidence in a lawsuit is electronically stored information. This includes photos, emails, instant messages, and text messages.

It is normal for businesses to delete these documents as part of their daily business. The Florida Supreme Court’s finding in League of Women Voters of Flas. V. Detzner, 172 So. 3d 363 (Fla. 2015) is that you only have a duty to preserve if there is reasonable anticipation of litigation.

The court did not specify what they determine to be “reasonable anticipation.” This leaves your business vulnerable to a court’s interpretation of that standard.

In the League of Women Voters case the court determined preservation of evidence necessary because past disputes between the parties meant it was reasonable to anticipate litigation.

Some examples of times when preservation of evidence is the safer alternative include:

Each of the above standards is established in case law. The best course of action is to preserve evidence that may be subject to discovery if there is suspicion that litigation may be forthcoming.

No Duty to Preserve Evidence

This case involved Daytona Beach property owned by Shamrock. Ms. Remark was on the city’s planning board. The lawsuit derived from Shamrock running into problems with planned development.

Shamrock’s position was that Remark knew of pending litigation and the foreseeability of it being necessary evidence in a business lawsuit. The Florida court’s decision is that Remark did not have an obligation to preserve the documents. The reasoning is that the subpoena for documents did not arrive before the computer’s destruction.

The Florida Handbook on Civil Discovery Practice covers preservation and Spoilation of Evidence in Chapter 2. The chapter discusses areas where a party may have an obligation to preserve evidence. It also covers remedies following negligent or intentional spoliation.

In Public Health Trust of Dade County vs. Valcin, 507 So. 2d 596, 601 (Fla. 1987) the court finds a court order, contract, or discovery request imposes a duty to maintain or preserve evidence. If no request for preservation is made, there may not be a preservation duty other than a pending or reasonably foreseeable litigation.

Florida courts also consider federal rules so it is important to be in compliance with Rule 37(e) of the Federal Rules of Civil Procedure. This rule designates when and how spoliation of electronically stored information sanctions is imposed. Business attorneys may reference additional documents on the Florida State Bar regarding actions their clients may take on social media pages and the removal of evidence from them.

The handbook states sanctions are a way of ensuring compliance with the Rules of Civil Procedure. Before leveling sanctions for spoliation of evidence the Florida court needs to consider:

This means that before imposing sanctions, the court must balance the impact of the sanction against the severity of the spoilation.

Cause of Action for Spoliation of Evidence

To file a lawsuit for spoilation of evidence against third parties, the plaintiff must prove:

The duty to preserve evidence comes into play when a third party knows of the existence of a contract, statute, or discovery requirements prior to the destruction or concealment of evidence. Florida does not impose foreseeability as a reason for preserving evidence.

A non-party does not have a common law duty to preserve evidence in the state of Florida. Even given that viewpoint, to protect yourself from becoming the subject of a spoilation of evidence lawsuit, it is wise to consult a business civil litigation attorney before discarding any documents relating to a potential lawsuit.

The obligations of your business to prevent a claim for spoliation of evidence vary depending on the specific circumstances of your case. Interpretation of law and how it applies to you can be confusing.

If you are wondering about whether you may destroy evidence you have relating to a business lawsuit, contact the Boyer Law Firm. Our attorneys can evaluate your case and provide you with a legal opinion on your best options.